A new paradigm is emerging. People around the world are living with a new consciousness and building a new economy. A new economy is not simply ‘the market’. It is a complex system embedded in social and ecological systems The new economy that the world needs is not just about technology, it is about values. It is one that moves from meeting wants, to first meeting needs; from consuming to living and caring; from individualism and competition towards democracy; from creating problems such as forced migration and climate change to solving them; from an extractive model towards a regenerative one that preserves harmony between human beings and the planet.

Today, aware that we share common goals and that we are stronger together, we propose greater co-operation and social innovation for the transition towards a new economic system that works within the ecologic planetary boundaries and is based on shared capabilities, social and economic justice as well as human rights.

Today, convened by the New Economy and Social Innovation forum (NESI), we affirm the following goal, values and strategies that will guide the co-creation of a new economy.

The goal of the new economy

The goal and purpose of the new economy will be to serve people and the planet.

The values of the new economy

To achieve this goal, we need a rights-and-values-led system where justice, solidarity, sustainability, equality, autonomy and collaboration are at its centre.

The ambition of the new economy

We dream of, and commit to co-creating:

Our strategies to co-create a new economy

We commit to the co-creation of this new economy. A new values-and-rights-based economy, a better economic ecosystem that integrates the best proposals of models based on:

All these models agree with internalising the goals and values of the new economy into each and every organisation, since embodying these is a precondition for successfully achieving the lofty goals here espoused. All these models and many others, are rethinking and reshaping concepts such as food, money, organisations, work, production and trade. For that reason,

We commit to co-creating a new economy

This new values-and-rights-based economy that we have just described is neither a fairy tale nor a naïve statement of purpose. On the contrary, it is based on the evidence and practical experience delivered daily by millions of people and organisations worldwide. Moreover, this new economy will contribute to eradicating the root of problems such as wars, forced migration and competition for resources. This new economy is here and now and it goes beyond post-capitalism. It shows us how we can live more with less and that happiness is enhanced by sustainability and caring for others.

For all the above:

Today, we dream and commit to co-creating
a more sustainable, just, collaborative and people-centred new economy.

Today we dream and commit to co-creating a better world. 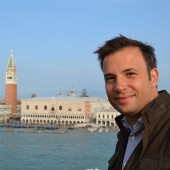